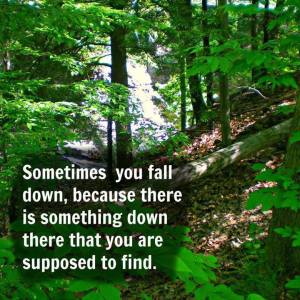 In a couple of days it will be the anniversary of the deaths of some folks who were very significant in my life.  Yup.  I said deaths.  There were two of them.

The first year was the hardest.  It was the year that I was smacked full in the face with the brutality of it all.   It was like trying to negotiate a maze in which, behind some slick façade or well worded ritual, a Minotaur lurked, ready to devour me if I stepped wrongly.

I could not have pretended it was different even if I could have tried.  But I could not . . . these folks meant too much in my life.  Those days were like a huge gaping wound . . . my lungs were raw from breathing . . . my thoughts bled, one into the other, until all I could fathom was a deep pit of confused anguish.

But I learned, as I rode wave after wave . . . thinking about how I didn’t seem to have ever chosen to take on this kind of surf . . . the kind Laird Hamilton laughs at but deep inside hopes that the next one will take him . . . under.  Extreme living.

The most interesting thing happened, in those early days . . . by facing death in that manner I became more alive, curiously.  Ever have someone reach out and hug you . . . someone you are not comfortable hugging . . . but once they have you in their grasp they will not let go?  This hug lasted and lasted and lasted, and at some point . . . somewhere along that dark, narrow road . . . I began returning it in kind.

I learned what it meant to leave the dead to bury the dead.  I was no longer there to do it.  I was there to love others through it.  And I knew it.

That knowledge and its resulting actions changed me.  Somewhere in the background, furniture was being rearranged in my house.  New fresh paint was being applied in a color I could not have imagined.  And I learned I had no need of most of what I had previously believed I could not live without.

So I had a yard sale.  I did not just sell stuff, I actually sold the yard.  I had no need of it anymore, cause I had no need for any more.

No need.  Interesting to examine that idea.  I still had needs, but they were changing . . . transient .  . .  and I knew they were illusory.  To some degree I knew that and it changed me even more.

A year after their passing a gift was delivered to my Spartan residence.  It was the gift of my complicity.  A gift of Spirit that came with the revelation that I alone was able to provide what they had needed in the manner in which I gave it.  Yup.  It was a gift that I had given them in disguise, and when it came back to me I thought, for a moment, that it as something they gave me.  The gift came with an evasive, unobtrusive note . . . the giver and the receiver are the same.  I accepted it with gratitude.

That gratitude opened me up.  Giving became a way of life as now I knew what it meant.  And I felt their gifts to me in another way, a way that led me to them once again.

She came to me in a dream more than once . . . but this time she said, as she smiled up at me (I was so tall), “I know you . . . you have a different face, but always the same witch.”  That made me smile as we walked along together.  And I delivered her to her destination.  It is always about the destination, I believe.

The gifts started flowing that first year and have not stopped.  Sometimes they tire me, in my smallness.   I am only one person . . .  as I see it.   But rhyme and melody blends together to make the song I sing, and it makes me happy.

Last year I was smacked in the face once again, but this time it felt different.  It felt infinitely loving.  The power had gone out of the punch . . . it could not hurt me now.  Clarity replaced confusion, as love flooded in to the Spartan house, and decorated the rooms.

They had taught me how to love them.  In their humanness and struggles they thought of me.  How cool is that one?

By teaching me how to love them I was able to see beyond the dream of death, beyond the curtain that falls when the final scene is enacted.  I am nothing special . . . and I accept with such gratitude . . . the specialness of each and every one of us.

What deeper reminder waits for me in these final days?  What succinct and time sweetened cross will I get to let go of this time?  I am restless, anticipating the flood . . .

I am a writer, poet and singer/songwriter. I am a Toastmaster, motivational speaker, personal creativity coach, and workshop leader. My most sincere wish is to share my words with others, and that we both benefit from the exchange. View more posts